Morgan Crammond is a current ACPE student, and has had amazing success over the last 12 months with competitive Irish Dancing.

She was drawn to study with us at ACPE because: “It was the only institution that provided a course that combines the dance and PDHPE subjects together for a teaching course.

“It was also a sports institution and being in a sport myself; it just seemed so right for me.”

In the last 12 months, Morgan has attended and competed at seven international and national championships. Last July she competed against 100 competitors from around the world in Orlando Florida, USA and was crowned the North American National Champion.

Within a week of her return to Australia, Morgan competed at the Australian International Championships held on the Gold Coast and came out with a 1st place title.

Moving into October Morgan travelled to Cairns, QLD for the Australian Irish Dancing National Championships where she placed 2nd in the Nation and qualified for the World Championships.

She then continued to train over the “off-season” during the summer for the prestigious All Ireland Irish Dancing Championships held in Killarney, Ireland in February this year. Morgan was up against 80 competitors from around the world and held a podium finish of 2nd place.

Over the next few months, she continued to train for the prestigious World Irish Dancing Championships held in Greensboro, North Carolina USA 2019.

“The World Irish Dancing Championships is like the Olympics for us.

“It is very intense having the absolute top qualified competitors from around the world competing,” Morgan said.

She was up against 100 qualified dancers from around the world.

After a two day competition, she gained a podium finish and was announced 2nd in the world in her age category.

“After months and months of intense dance training and cross-training, it was a dream come true to be placed 2nd in the World and to bring home a world title to Australia.”

Morgan’s motivations for getting into Irish Dancing stem from her mother.

“My mum put me into classes when I was three or four years old because I had red hair and thought it would be some fun.

“I fell in love with it from a young age and progressed,” she said.

However, it was not until she was in her senior years at high school when she won her first NSW State and Australian National Championship titles.

Morgan’s journey is far from over.

To say she has a packed schedule is an understatement.

When asked about the support she has received from ACPE, she was more than flattering.

“ACPE has been a fantastic support when it has come to my dancing and training. I have been able to juggle my studies with my travels and training because the staff at ACPE have been understanding and very helpful in working with me to be the best I can be in both my degree and competitive dancing without having to sacrifice one over the other,” she said. 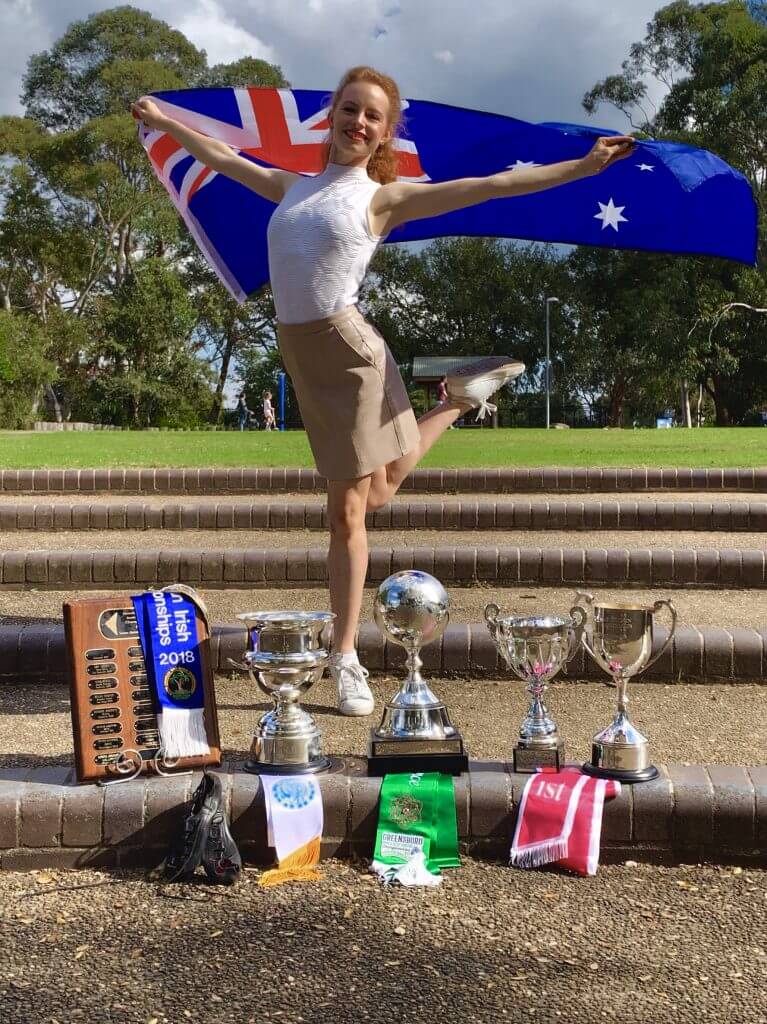