The Summer Universiade is an international university sports and cultural event that is staged every two years in a different city. These games draw many thousands of student-athletes together to compete, making it one of the largest multi-sport events in the world. The twelve-day Summer Universiade competition programme includes fifteen compulsory sports.

Last time we spoke to Abbie she had just wrapped up from state championships where she placed third in 100m, second in 100m hurdles and had also achieved a new personal best. Since then, Abbie went on to compete at the QLD Track Classic, and Nationals. With onto two spots available on the team for World Universiade Games, it was important for Abbie to perform well. It was here at Nationals Abbie secured her position with the UniRoos by placing second.

Abbie was selected for the 100m hurdles, where she made the final (running 8th ), and the 4x100m relay, where she received a podium finish placing second.

In the lead up to World Universiade Games, Abbie says her training started with a 7 day break after Nationals, allowing her body to recover from the strenuous competition. From here, Abbie when back into base training – as she would for any competition. Just before the games in Italy, Abbie jet set around Europe for a few races followed by a 10 day taper.

Once in Naples, Abbie joined 8,000 athletes competing in the games as they stayed on various boats; “Very cool vibe, being in a village, being with athletes, seeing what type of things they do…it was good to rub shoulders with some of the best people in the world…it was a really good environment to be in”.

When asking Abbie about her lead up, and how she dealt with the nerves for World Universiade Games, she explains that she felt she dealt with the fairly well; “I knew that leading into the games, I just didn’t want to leave any stone unturned. I wanted to make myself, my country and my family proud as well”. Abbie went on to comment that the night before her heat, she sent her weights coach a message asking if he had any more words for her. He replied; “Ab, you’re a champion no matter what.” This gave Abbie that little bit of extra confidence knowing she was prepared.

Overall, Abbie was extremely happy with her results. For now, it’s back into training for Abbie as she prepares for Nationals again, which will take place in March 2020. Her ultimate goal however, is of course to be selected for Tokyo 2020.

Best of Luck Abbie! We look forward to hearing how you go! 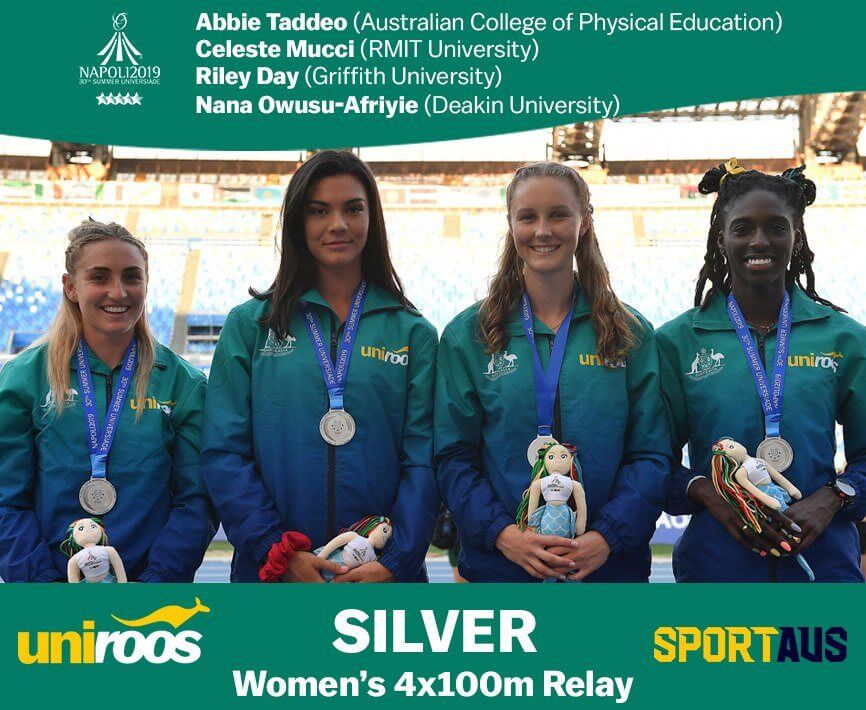